The Josh 2020 has a plan.  If the number of Covid-19 cases is low and we get permission from the state and the towns to hold the race, we have come up with a plan to maximize distancing while keeping the spirit of the Josh. Participation will be limited to 250 teams, this includes a maximum of 50 iron people and 200 2,3 or 4 person teams.  Registration will close on August 15. If the race is cancelled due to Covid-19 issues then we will refund your entry fee.  Wear a mask in public and train with someone faster or slower than yourself-this is a great way to ‘sport distance’!

The iron categories are filled so please consider joining with a friend to make a 2, 3 or 4 person team.

“While all things continually change, in many ways they remain the same.
So it is with The Josh each fall.”

The Josh Billings Triathlon is 501c3 organization and donates proceeds to the Berkshire United Way located in Pittsfield, Ma.

And who was Josh Billings? 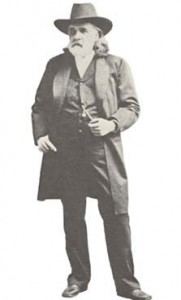 Josh Billings is the pen name of Henry Wheeler Shaw who was born in Lanesboro, Massachusetts on April 12, 1818. His father, Henry Shaw, served in the Massachusetts State Senate for 25 years. Billings was a renowned humorist in his day, and better known and appreciated than his contemporary, Mark Twain. Commanding capacity crowds wherever he performed, he became widely known for his down-home philosophies, Yankee “one-liners” and peculiar, phonetic spelling.

One of his wise sayings, “To finish is to win” is the motto of the RunAground and one of the reasons the event was named for Josh Billings. The fun-loving, not-too-serious aspect of the race is perhaps why it has become one of the oldest and largest bike-canoe-run triathlons in the country. Another Billings quote appropriate to this triathlon is “The rarest thing a man ever duz iz the best he can.”  Attracting elite and amateur athletes alike, “The Josh” is an event for all ages and abilities, for participants and spectators.